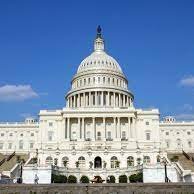 #SeditionHunters - Thursday’s arrest of Alan Hostetter highlighted extremism in Orange County, CA, but even he is junior-league. We knew OC would send their finest, and here he is, the highest-profile #SeditionVIP yet: former U.S. Congressman Dana Rohrabacher (R-CA 42). 1/ https://t.co/yJDdR5aR4T 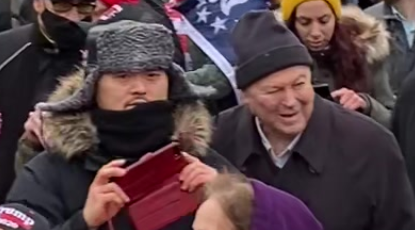 In 2016, House majority leader Kevin McCarthy (R-CA 23) famously said “There’s two people I think Putin pays: Rohrabacher and Trump.” On Jan 6, Rohrabacher roamed the Capitol all day with a guy in a giant ushanka hat. Is this epic trolling by Russia? 2/
https://t.co/2zRLmLk40P https://t.co/n4fl9f8HKi 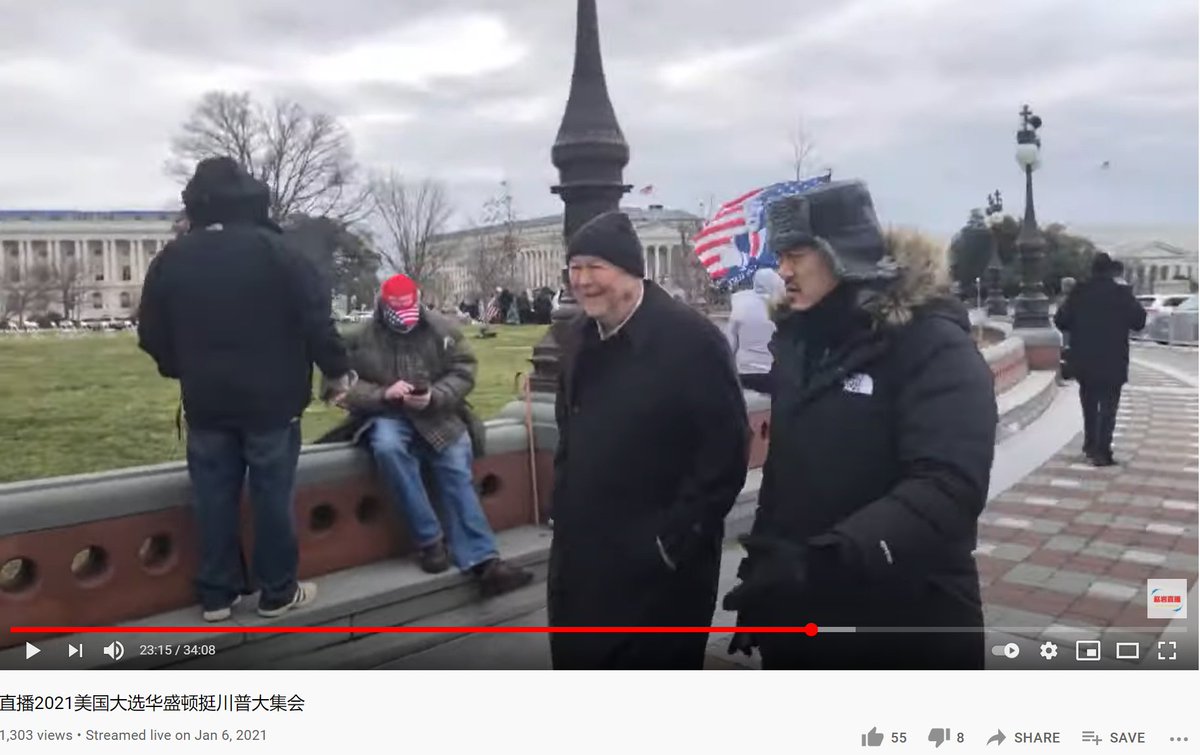 Rohrabacher’s been a fervent defender of Putin and Russia, lost his seat in the 2018 election. On Jan 6 he joined the attack on his former colleagues with his pal #RohraBoris, arriving early at the E. Plaza, then moving West by 2:50 PM, in time for the fighting at the tunnel 3/ https://t.co/zRdfp3QFJC 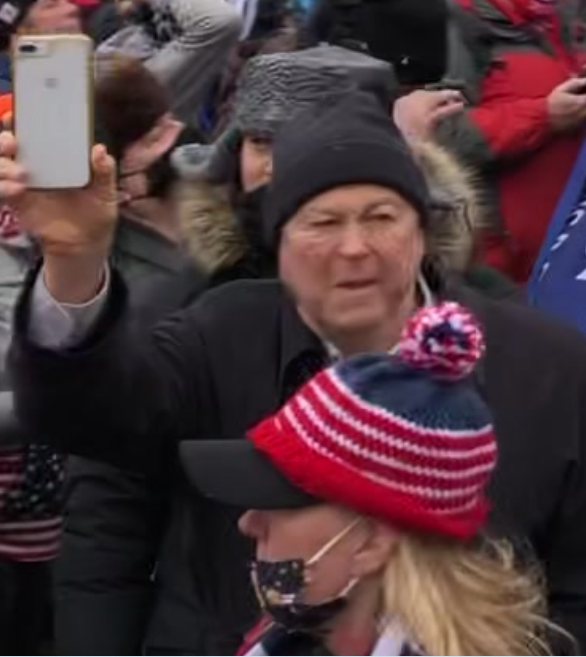 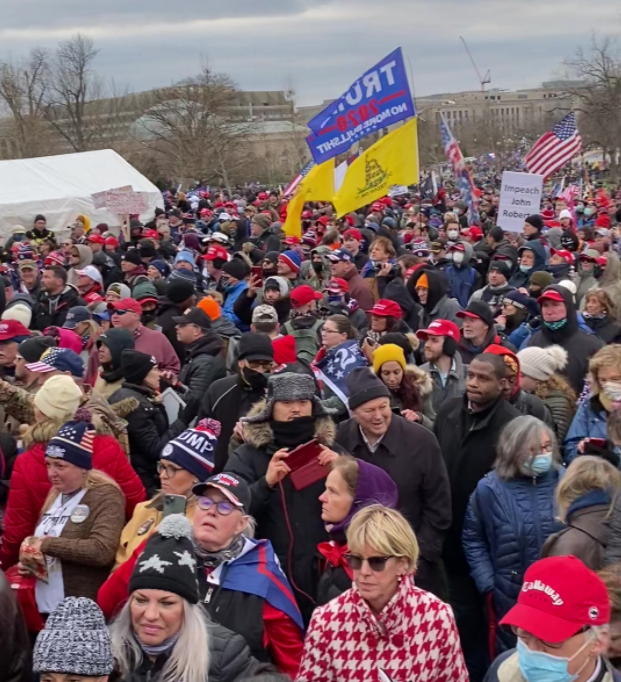 Could he be disloyal? @anneapplebaum: he's “the living, breathing embodiment of the moral corruption that has seeped into a part of the Republican Party foreign policy establishment..[that] stopped caring about U.S. leadership of the democratic world" 4/
https://t.co/PGepb1hLoy

Rohrabacher is tied to ther OC seditionists. Here he is with Alan Hostetter in Dec. 2020 calling for revolution against “Communists…Marxist-Leninists who are trying to destroy the integrity of our voting system”. No, Dana, voters just didn’t like you. 5/
https://t.co/LcO3DeuNd2

LA Times warned of OC extremism in March: "A year of right-wing protests in OC...spiraled into increasingly violent language against ever larger foes”. In DC on Jan 5, “a band of radicals invoked 'biblical war' [and] 'shedding of blood' ". 6/
https://t.co/W0vi0WOqfW

Will Rohrabacher be the limit for our Senators, that gets us an investigation? In OR, lawmakers found their line last week: after video surfaced of a state rep. letting attackers into the statehouse in Dec. 2020, all 59 colleagues voted to expel him. 7/
https://t.co/iklNFTydgT https://t.co/JcuYadGPjd 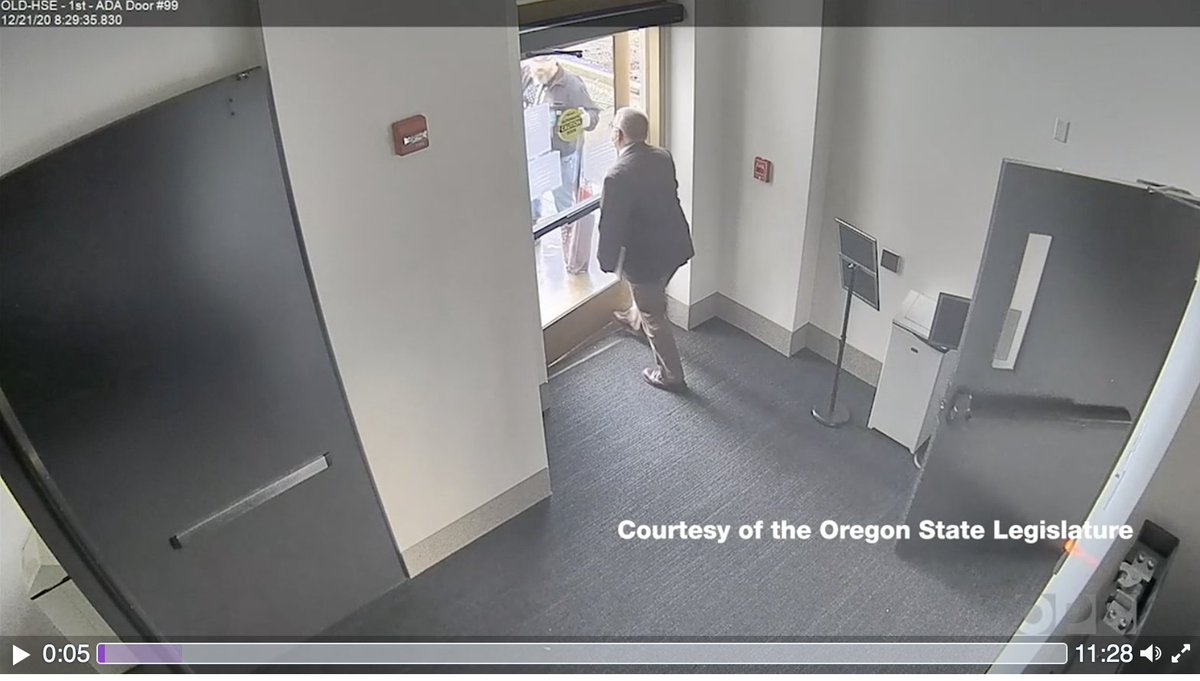 Note: @FrankFigliuzzi1 called SeditionHunting the “Wild West”; but there is process & organization. #SeditionVIP’s are announced only if 3 people sign off on ID, location, & importance; threads are vetted; & perps are tipped to FBI in advance. Care makes research credible. 10/ https://t.co/YTwHehmx6T

Rohrabacher has so much shocking stuff the thread could go forever; just a few more goodies. First, poster for 12/2020 Huntington Beach rally 11/ https://t.co/r4zC8rwL9g 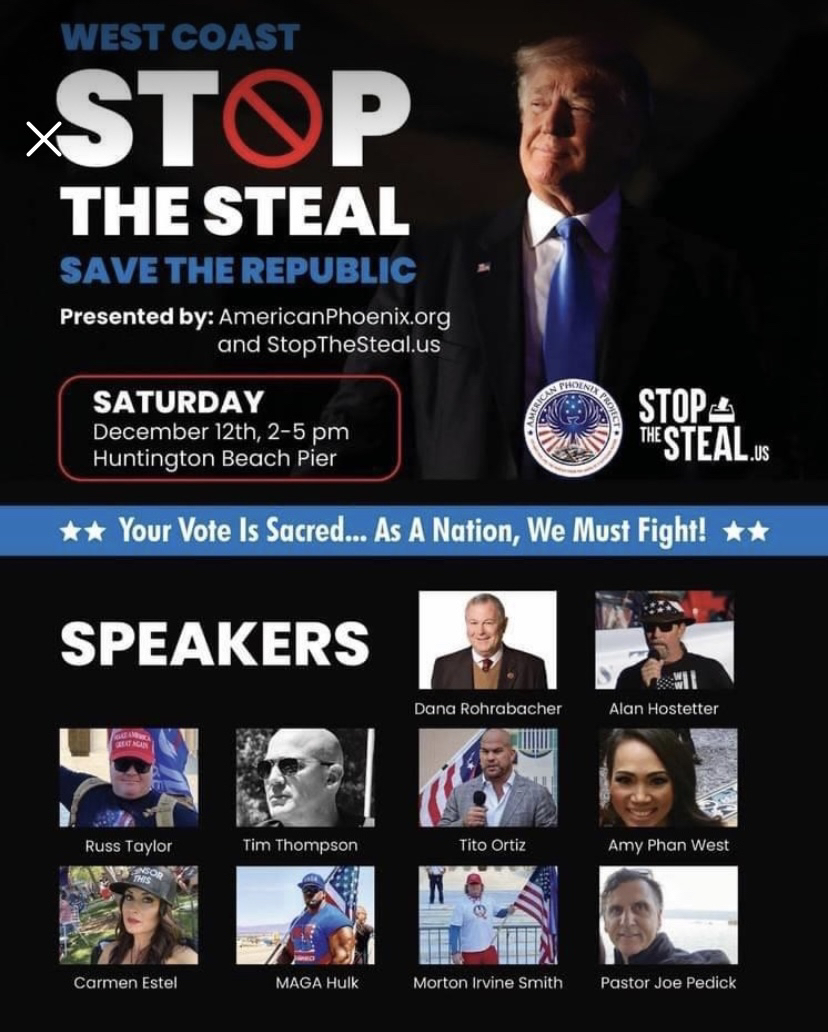 Note that speakers 2 and 3 from the HB rally are arrested.

Second, more fine company for Rohrabacher: Oliver North + disgraced IA ex-Rep. Steve King, stripped of his committee assignments for open affiliation with white supremacy, lost in 2020. Might look for him on 1/6 too. 12/ https://t.co/S4qxHGWC1A 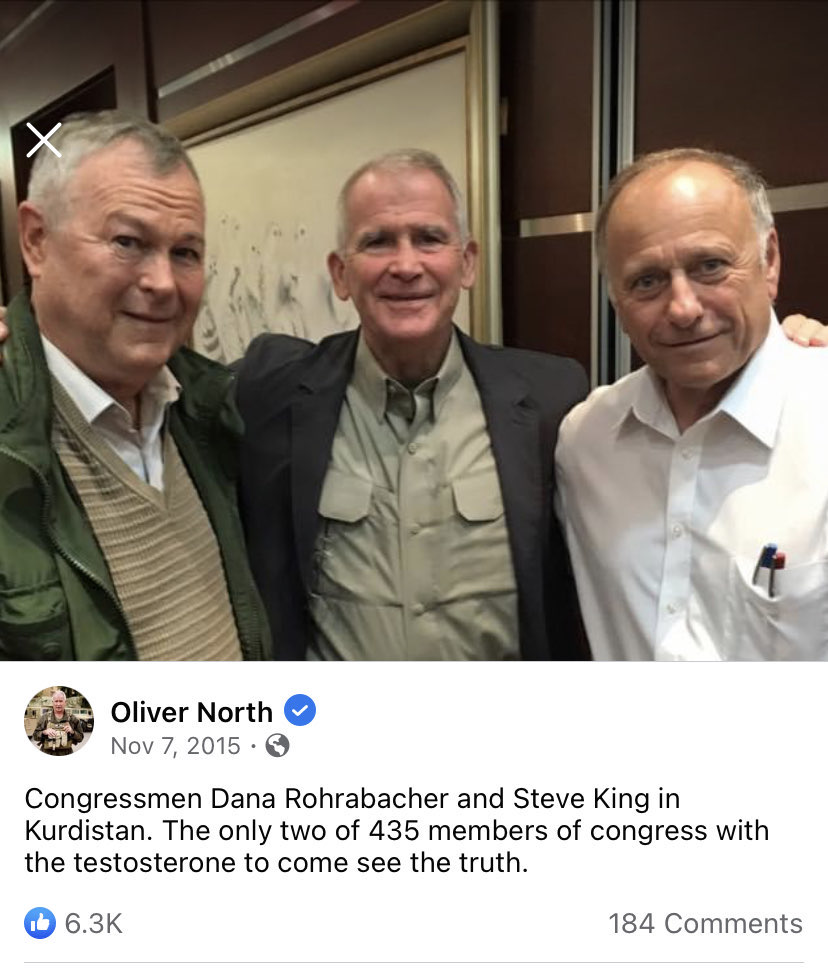 Third, a nice summary by ABC news of Rohrabacher's Russian contacts including convicted Russian agent / honeypot Maria Butina, famous for infiltrating the NRA. Yes it all sounds like a Tom Clancy novel; sadly it is real. 13/
https://t.co/Hl2i9K1Lgj

And a quick note to any journos who want to report this - the way to refer to the people responsible for these findings is as "OSINT researchers" or "OSINT investigators". Not "citizen sleuths". 14/