There are two bad things about monopolies:

I. They cheat their customers and suppliers because they know they're the only game in town, and

II. They use their money to legalize harmful practices. 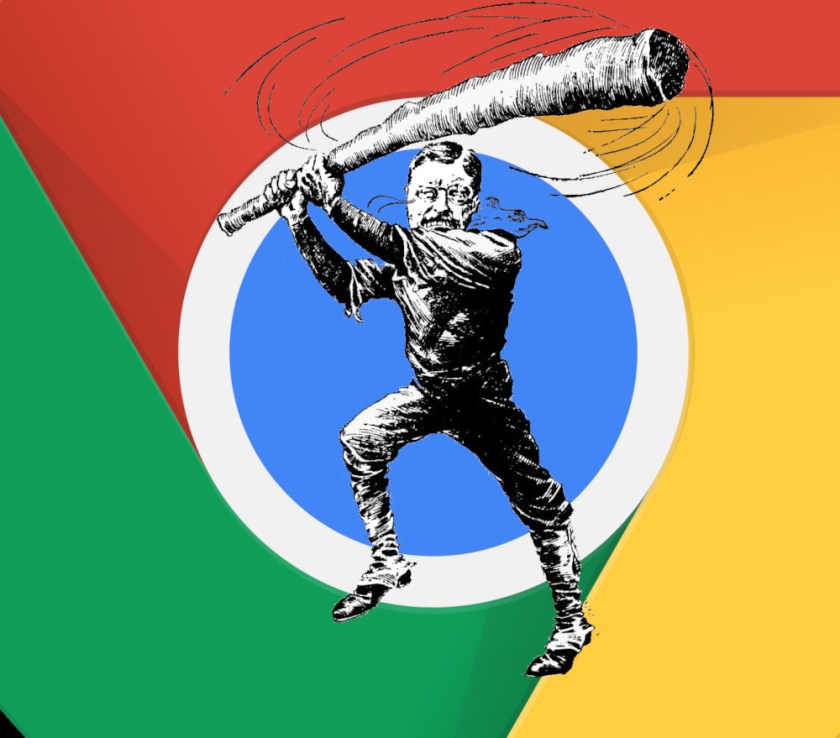 Here's a Type I example of how Google uses its monopoly power to cheat: Google controls the ad-tech market they rig it in their favor - they represent both buyers and sellers, and they compete with them, and they advantage themselves.

But Google's ad-tech stack also has a Type II monopoly abuse: the ad-targeting systems Google sells are extraordinarily, harmfully invasive. They get away with this privacy abuse because they convert the money they get from rigging the market to lobby against privacy laws.

There's a real danger that competition authorities seeking to blunt Google's monopoly will get Type I and Type II abuses mixed up. It's great to force Google to run a clean ad marketplace, preferably by forcing it to divest of the units that compete with its own customers.

After all, it's nearly impossible to detect "self-preferencing" in complex markets - like, did Google place its own ad rather than a higher-bidding third-party because it was cheating, or because its algorithm assessed the third-party ad as fraudulent?

And if so, was the algorithm itself designed to overblock third-party ads as potentially fraudulent while applying a more lax standard to the ads that Google sells - and makes more money from?

The entity that runs the market is the referee. Referees shouldn't also be members of one of the teams. Period. Obviously. I mean, come on.

The problem is that breaking up a monopolist is really hard. It can take decades and cost billions.

So regulators, out of ignorance or desperation, continue to allow referees to have a stake in the outcome, and instead seek to improve competition in other domains, especially Type II domains - those bad actions that monopolists get away with because they're too big to stop.

That's what's going on in France right now. The French competition regulator just fined Google $268M for anticompetitive ad-tech abuses. Included in the settlement - which Google says it won't fight - is a mandate for interoperability in ad-tech.

Interop is a GREAT remedy for anticompetitive markets, and indeed, it makes tech a prime target for competition enforcement. When companies are forced to interoperate, their "network effect" advantages can be obliterated, by lowering switching costs.

The last thing we want is competition in practices that harm the public - we don't want companies to see who can commit the most extensive human rights abuses at the lowest costs. That's not something we want to render more efficient.

Unfortunately, that's what the French interop remedy for Google does. Rather than abolishing or curbing targeting (substituting noninvasive content-based targeting, reliant on the content of a page rather than the identity of the user), they're helping EVERYONE target users.

As Google wrote in its corporate comms about the ruling, it will improve interop by creating a way to share ad-tech data with third party competitors. This is such a fucking monkey's paw.

There's going to be more of this. In the UK, the Competition and Market Authority's otherwise excellent report on ad-tech calls for widespread access to "attribution," where ad-tech follows you around forever to see if an ad leads to a sale.

There are two kinds of entities agitating for more tech competition and interop. On the one side, you have smaller ad-tech firms and telecoms monopolists who want competition in commercial surveillance.

On the other side, you have public interest groups like @EFF, calling for interop as a way to help people escape high-surveillance digital environments by allowing them to take their data with them and maintain their social ties.

Interop can be fully privacy-compatible - indeed, interop can be a way to weaken tech to open space to enact and enforce strong privacy rules.

But there's some forms of competition - competition to invade your privacy - that we should reject altogether, not enhance.

ETA - If you'd like an unrolled version of this thread to read or share, here's a link to it on https://t.co/iSBh8s9m7q, my surveillance-free, ad-free, tracker-free blog: