so a chinese-singaporean man accosted a indian-filipino man and a chinese-thai woman with a racist (and sexist!) diatribe about interracial dating, and Min Shan is suddenly not quite sure about the state of race relations in 🇸🇬

settle in, we got lots to talk about https://t.co/8t5iuxo7hh

firstly... it's generally not a good idea to ask people about their "views" when it comes to bigotry.

if you want everyone to agree that the chinese man was being a racist POS... but also want to make space for bigots' views on same-sex dating.... wyd boo? https://t.co/3OwPMgmUou 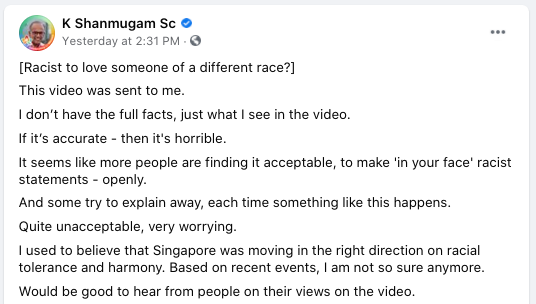 idk if he knows about how people talk about him and his race, or if his wealth, class and power protects him from that.

and just in case he thinks this is an "opposition" problem, it's not. i have receipts.

(not to mention that the only time (that i know of, lmk) shan's ever pointed out racism against him is when he was called "black", 👀)

anyway, the cool thing about singapore is

and not to make this all "gahmen bad" but... this is why the CMIO policy is bad.

for decades, people have been marrying "outside their race," for love, for religion, for messing w your numbers.

the bigots can make things difficult, but they won't win.

this complexity gets flattened into nothingness, when you make them pick a race for their IC, pick a 'mother' tongue, pick what race they're applying for a flat under, pick a box to tick so you can pretend you have nice neat boxes of people. 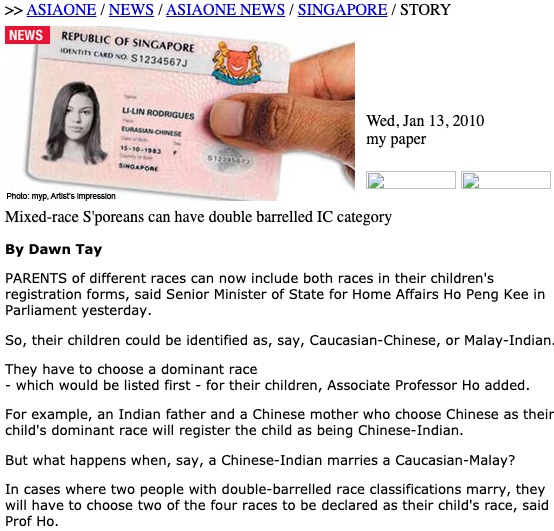 identity is complex, identity is personal, but identity can also be very, very political, and very easily weaponized.

like,, for example,, Shan using a mixed-race man with an Indian name as an example of "reverse" brownface,,,

or whatever the fuck this is?

then there's this, when the Chinese man says he's "disgraced" by seeing a half-Chinese woman date outside her race.

and then, of course, we have to talk about the hyper-sexualization of brown men, or why they're seen as 'predatory'.

one brown man committing a sexual offence means singaporeans get free reign to question his singaporeanness, or make comments about "ceca r*peland"

dozens of cis Chinese men committing all manner of sexual harassment/abuse/violence against women?

this extends to migrant workers, who must be kept in cages far away from society, lest they "molest people and f*ck our maids" (spf did not take further action against xiaxue for this), or, y'know, have consensual sexual relationships 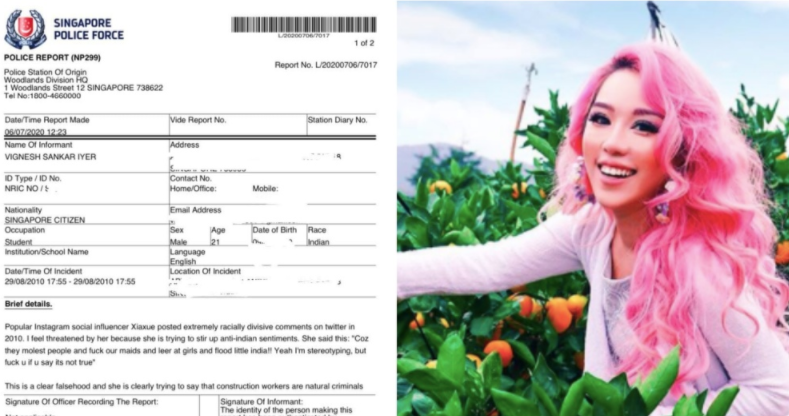 (i'm not even done, i was just scared of accidentally closing my tab, brb with part 2 😓)